One of my favorite things to do on a Saturday morning is get a cup of coffee in my hand and sit in my reading room with a good book. This year you could easily say I was a little obsessed with the Murder Mystery Genre!

I am currently finishing up Sharp Objects by Gillian Flynn. This book is a bit older, but HBO just released a series on it. I love reading the book before watching the show or movie. After that, I plan to move on to the Historical Fiction genre and finish off the year with the book Lilac Girls.

However, as the year wraps up I wanted to give you a preview and my thoughts on the books I read this year! If you are still doing your Christmas shopping, books are always a great gift for the readers in your life! 🙂

A Stranger in the House – Shari Lapena

I picked up A Stranger in the House early in the year after I had read another book by Shari, A Couple Next Door. A Coupe Next Door was one of those books that had me on the edge of my seat second guessing how I thought it was going to end the entire time.

A Stranger In The House was no different! It features a woman named Karen, who appears to have the perfect life and marriage. That is, until one day when Karen is in a car accident coming from a bad side of town and everything seems to change. She can’t explain what happened or where she was coming from due to memory loss from the accident. Karen’s worries increase as she notices things being out of place in her home. The police become suspicious of her lost memory and the story begins to unravel as the past brings even more questions as to what was Karen doing the evening of the accident.

This was a great book and I was extremely excited when I heard Shari had a new book out called An Unwanted Guest.

The Trespasser features Detective Antoinette Conway, a sole woman working on the Murder Squad. She immediately feels like the outcast in which all the other male detectives are out  to get her off the squad. Detective Conway continues to go through her normal work days until she gets assigned to a new murder. At first it seems to be a quick close of a domestic dispute ; however, something is keeping her from pressing the charges. She continues to dig until she wonders if she is being set up for failure by the squad or if something bigger is going on.

I thought this book was pretty slow in the first half. While I was intrigued, I was not captivated enough to want to binge read. However, about halfway through something switched and I was all in. I wouldn’t say it was the best book I read in 2018, but I enjoyed it enough to plan on picking up her other books, The New Witch Elm and In the Woods in the future.

The Woman in the Window – AJ Finch

The Woman in the Window is based in New York, where Anna Fox refuses to leave her house. She spends her day creating online relationships and watching people through the window. After a seemingly perfect family moves in next door, her interest peeks especially as she friends the son. However, one night she sees something that will change her life , and she doesn’t know what to do or who to believe.

This book had me connected to the characters, emphasizing , and begging for more. A few people who I have talked to thought the book was predictable, but I was not able to guess the ending.

Big Little Lies had been on my reading list for quite some time. However, after I read Liane’s book Truly Madly Guilty, I kept pushing off reading this one. Truly Madly Guilty was decent, but I swear it took me two months (maybe even three) to get through since it just seemed to drag on. After everyone raving about the Big Little Lies HBO show, I knew I had to read the book.

This book features three main characters, who are moms to children at a school where a murder recently happened, at a fundraiser event. It follows the events leading up to the night of the fundraiser and the dynamics of all the school mothers and children.

It contains relate-able material, humor, and mystery all in one, and I can honestly say I was so sad when it was over. In fact, I instantly started watching the TV series, which I also loved. Liane just published a new book, Nine Perfect Strangers, and it is on my list for next year!

This one is another book that I found really slow until the halfway point. The main character in this book, Anne, is the seemingly perfect girl. She wears the right clothes, has the perfect job, maintains the perfect body, and has a prestigious fiance. Yet, she holds on to a secret that she can’t seem to let go, and it threatens to come back and destroy her perfect life.

This book wasn’t at all anything like I expected it be, but it was worth the read, when you are looking for something a bit different then the typical murder mystery.

The Kind Worth Killing – Peter Swanson

Hands down, my favorite murder mystery book to date! Two strangers, Ted and Lilly, met at an airport and begin to bond after a few martinis. Ted talks about his marriage and jokingly brings up that he would like to kill his wife. Instead of laughing the comment off, Lilly asks to help. From here the story goes into answering all of your questions. Will they kill her? Will they get away with it? Why does Lilly want to help a stranger murder his wife?

I am not sure I have read a book faster then this one. I fell in love with Peter’s writing style and plan to pick up some of his other books in the future like Before She Knew Him, Her Every Fear, and his newest, All the Beautiful Lies.

I picked this one up as I was a big fan of Ruth’s other books, Woman In Cabin 10 and  In a Dark Dark Woods. The book covers four best friends from boarding school, who were known as the popular girls and enjoyed playing lying games throughout their school years. Now as grown adults, they have matured and started to build their own lives. Until one day, a dog fetches something out of the ocean that forces them to all come back together in pure panic.

The Lying Game was a page turner; however, I did not enjoy it as much as Ruth’s other books. None the less, if you are a Murder Mystery fan, it needs to go on your list. Ruth published her new book, The Death of Mrs. Westerway, this year as well!

Before We Were Yours – Lisa Wingate

I honestly am not sure I can put into words how much I loved this book! As you have probably caught on from my list above, I am a sucker for the murder mystery genre. I also hated History in school, so I have avoided the Historical Fiction genre.  However, a co-worker gave this to me to read, and I instantly fell in love with it!

The book covers both present day and past day of 1939. In the past day, it tells the story of 4 siblings that live on the river with their family until one day they are taken by strangers to an unknown future. In present day, it follows Avery, a senator’s daughter who begins to uncover clues that may link her family back to a scandal that happened in 1939 and could impact her family’s reputation.

I can honestly say this book made me a lover of Historical Fiction, and I look forward to picking up similar books!

The Hate U Give – Angie Thomas

I wrote about this book in one of my Tea Tuesday editions. The book follows, Starr, a young girl who balances two different worlds, the one she lives in and the one where she attends school.  One day her childhood best friend is murdered right in front of her and her world changes.

I hope that one of these books caught your interest and you too will pick up a good book to cozy up with on a Saturday morning!

What were your favorite books from 2018?

Photo by Aga Putra on Unsplash

View all posts by Kacee

This site uses Akismet to reduce spam. Learn how your comment data is processed. 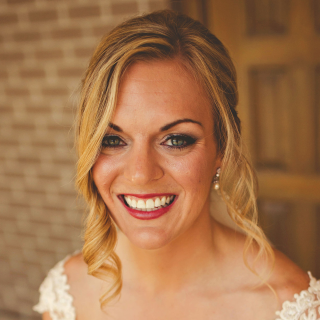